Finally beginning to talk about my time in New York, I wrote a so called diary (as you know I won’t hold up to…) And yes, I still have to write my entries of the last week, but I had to enjoy the last week and not writing at all :)

And I have to confess: The series with the photos taken by a stranger everyday didn’t work out so much, the last week I maybe made 3 or something like that… But I will upload them as soon as the film is full and developed!

But Before I got on the plane I set my mp3 player into shuffle modus and listened to the music and wrote the first 10 songs down- Soundtrack of New York I could call it:

” I am sitting in my host’s room and have got a headache from the long flight- and I feel like getting a cold- I hope not!! There’s a fan in my room which tries to keep me cool but I am sweating & freezing at the same time-no good!” (Here I have to say, good you don’t need to read this, I can hardly read my own handwriting, as usual ;) )

“What expected me getting off the plane? Right! Rain!!!

I am up since 6.30 german time so in New York Time since 0.30 am and now it’s about 5 pm. I am tired, watched too many movies on the plane, like “Suckerpunch”, “Paul”(by and with Simon Pegg and Nick Frost) and “Soul Surfer” … I am keeping myself very short, have to get up early about… 7am? Have to be at Times Square and Broadway at 8.30, 14th floor.

Picture of the day: 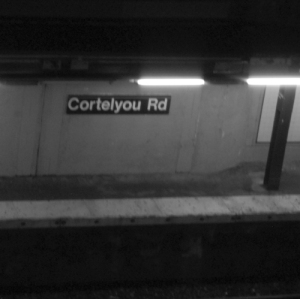 Filed under new york, on the road